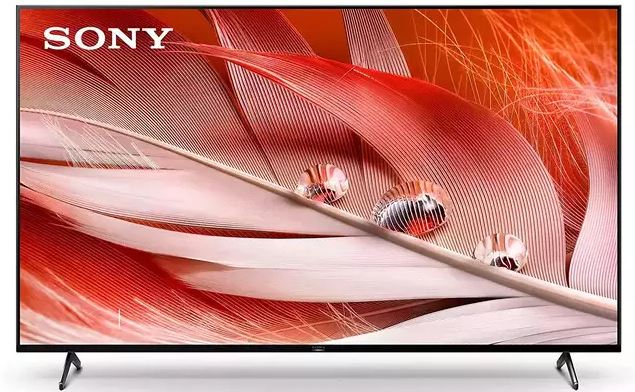 OLED is a type of flat panel display technology that uses thin-film organic LEDs as the source of light. OLED panels are potentially more efficient, flexible, and thinner than traditional LCD panels. OLED TVs first became available in late 2007 and have steadily increased in popularity since then. OLEDs are used in various electronic devices, including smartphones, laptops, and TVs.

OLED panels are made up of several thin layers of organic materials that emit light when an electric current is applied. One advantage OLED panels have over LCDs is that they can produce perfect blacks, which creates better contrast ratios.

OLED panels also have the potential to be more energy-efficient than LCD panels since they don’t require a backlight. OLED technology is still new and has some limitations, such as shorter lifespans and poorer brightness compared to LCDs. However, OLED TVs are becoming increasingly popular due to their excellent image quality and potential for improvement.

How does OLED work compared to LED displays?

OLED, or organic light-emitting diode, technology is used in some of the latest television screens and mobile devices. OLED is different from LED in a few key ways. First, OLED screens are made of an organic film that emits light when electricity is passed through it. This means that OLED screens can be made much thinner than LED screens.

OLED screens also produce their own light, so they do not require a backlight like LED screens do. This makes OLED screens more energy efficient than LED screens. Finally, OLED screens have a wider viewing angle than LED screens, so they can be viewed from anywhere in the room. For these reasons, OLED technology is becoming increasingly popular in the world of television and mobile devices.

Benefits of OLED displays over LED

OLED technology offers many benefits over traditional LED displays. OLEDs are thinner and more flexible, making them ideal for use in a wide range of devices, from phones and laptops to TVs and even wearables. They also consume less power than LEDs, which can result in significant savings over time. OLEDs also offer better image quality, with greater contrast and deeper blacks. In addition, OLEDs are not susceptible to the screen-door effect, which can be a problem with LED displays. OLED technology is still relatively new, but it has already proven itself to be a powerful alternative to traditional LED displays.

How are OLED displays changing the TV market?

OLED TVs are the latest innovation in television technology, and they offer a number of advantages over traditional LCD TVs. For one, OLED TVs are much thinner and lighter than LCD TVs, making them more portable and easier to mount on walls. OLED TVs also have a wider viewing angle, so you can enjoy a clear picture from anywhere in the room.

In addition, OLED TVs boast faster response times and higher contrast ratios than LCD TVs, meaning that they can reproduce smoother, more realistic images. As a result of these benefits, OLED TVs are quickly gaining market share from LCD TVs. With their sleek designs and cutting-edge technology, OLED TVs are poised to revolutionize the television market.

How do OLED TVs compare to LED TVs in terms of picture quality and price point?

OLED TVs are the newest technology in television screens, and they offer a number of advantages over LED TVs. OLED panels are made up of thousands of tiny OLEDs, which emit their own light. This means that OLED TVs produce perfect black levels and infinite contrast ratios.

OLED TVs also have a much wider color gamut than LED TVs, meaning they can display more accurate colors. In terms of picture quality, Sony OLED TVs are simply unbeatable. However, OLED TVs do come with a few drawbacks.

The main one is price: OLED TVs are significantly more expensive than LED TVs. OLED panels are also less stable than LED panels, meaning they have a shorter lifespan and are more susceptible to image retention. Overall, OLED TVs offer the best picture quality available, but they come at a premium price.

How do OLED TVs compare to LED TVs in terms of picture quality and price point?

OLED TVs are the newest type of television on the market and offer a number of advantages over traditional LED TVs. OLED TV screens are made up of a series of organic light-emitting diodes, which means that they can produce their own light. This gives OLED TVs an advantage over LED TVs in terms of picture quality, as OLED screens can produce truer blacks and more vibrant colors.

OLED TVs also tend to be thinner and lighter than LED TVs, making them more convenient to mount on a wall or move around. In terms of price point, OLED TVs are generally more expensive than LED TVs, but the difference in price is becoming smaller as OLED technology becomes more commonplace. As OLED TVs continue to become more popular, it is likely that they will eventually become the standard for television screens.

Factors to consider when choosing a TV display besides OLED vs. LED technology

When it comes to choosing a new TV, there are a lot of factors to consider. OLED vs. LED is just one consideration. Here are a few other things to keep in mind:

1) Size: How big do you want your TV to be? You’ll need to measure the space where you plan to put it and make sure the TV you choose will fit.

2) Resolution: HD, 4K, or 8K? The higher the resolution, the sharper and more detailed the image will be. However, 4K and 8K TVs can be more expensive.

3) Refresh rate: A higher refresh rate means less motion blur and a smoother image. If you’re a gamer or you watch a lot of action movies, you may want to look for a TV with a high refresh rate.

4) HDR: HDR (high dynamic range) means that the TV can display a wider range of colors and brightness levels. This can result in a more realistic and lifelike image. HDR is often found on 4K and 8K TVs.

5) Smart features: Do you want your TV to be able to connect to the internet? streamed content? Some TVs come with built-in WiFi and apps like Netflix, Hulu, and Amazon Prime Video. Others require an external streaming device like a Roku or Chromecast.

There’s a lot to think about when choosing a new TV! OLED vs. LED is just one thing to keep in mind as you shop around.